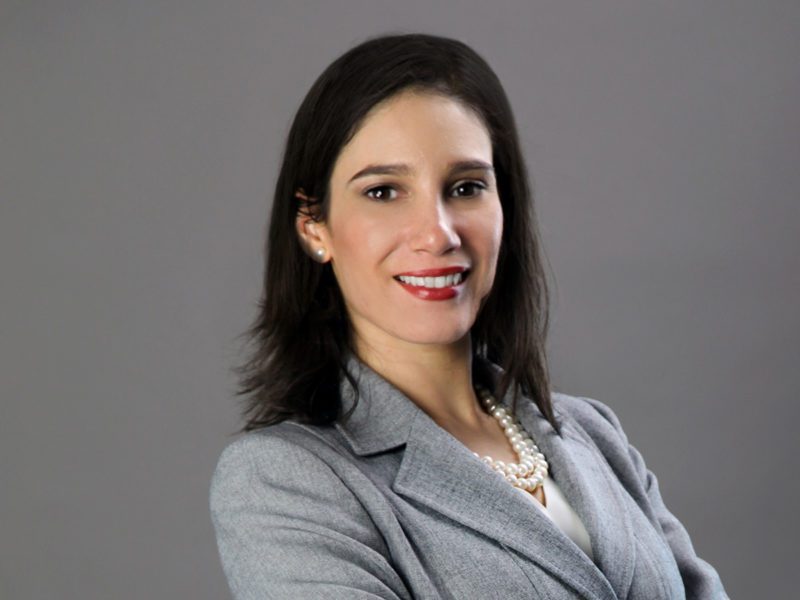 “I understand the struggles many of our clients go through. They think it’s the end of the world. I emphasize that their job is to heal, to get better, and leave the legal fight to us.” It has never occurred to Rosa Antunez Boatwright not to fight – for others, for herself. It’s in her DNA. It was ingrained in her as a young girl growing up in Honduras, and later in America by the school of hard knocks.

As a youngster, Rosa Antunez Boatwright grew up in an idyllic and privileged upper-middle class family in Honduras. Her mother was a psychologist, her father owned a candy factory, and Rosa “never had to do any chores.” Like many middle class families in Central and Latin America, they employed several maids.

All that came crashing down during Rosa’s junior year in high school, when Hurricane Mitch devastated the country. The second-deadliest Atlantic hurricane in history, it wiped out much of the country’s infrastructure, economy, and thousands of businesses. Her father’s candy factory among them.

Her parents shook it off as part of life. “This too shall pass” was their attitude. The family packed up what little they had left and moved to Florida. Her parents cleaned houses to make ends meet. “I remember my father always doing a little something extra for his customers in Honduras. When he cleaned houses in Florida, he would leave flowers behind. Within a few months those customers appreciated my father so much and the effort he gave, he was able to start his own cleaning business and it remains very successful today. Those are two things that have been ingrained in me – never give up and always give that extra effort. And I definitely try to do that with my clients, who are going through so much after an accident or injury,” Rosa said.

Since that time, Rosa has been through quite a few “this too shall pass” moments herself.

The School of Hard Knocks

An honors student paying full tuition, Rosa applied to college in America but was rejected because of her immigration status. She got a job instead. Soon after, she married and enrolled in community college, while working full time and carrying a full class load to get her AA degree. The same month she received her AA, she transferred to UNC Chapel Hill to complete a BA in Psychology – continuing to work full time. It took seven years to get that degree. Rosa comes from an educated family, PhDs, MBAs, lawyers, and judges. She always planned to seek higher education.

Fighting Through to Help Change The System

Her love of psychology and her many years as a paralegal helping people through their injuries and legal hurdles propelled Rosa toward law school. “One of my law professors told me, ‘Maybe we can’t personally go out and change the laws, but we can change the system by advocating for people.’ As a lawyer you’re actively being an advocate and helping to change the system by fighting for these people rather than letting the system overtake them.”

Her fight to become a lawyer became a fight to simply stay in law school and even survive at one point. Although she had a full scholarship to law school, it was yanked during the middle of her first year when she went into early labor and had to undergo a life-saving blood transfusion. Despite that, she returned to school just three weeks later to complete her mid-term exams – the same week her premature newborn came home from the hospital. “I knew I had to make it through law school somehow.”

With the help of family, Rosa was able to push through. As a lawyer, she now uses the fight in her to advocate for her clients.

“Throughout my years working in law, I have seen a lot of injustice to injured victims by some insurance companies. I understand the struggles many of our clients go through. They think it’s the end of the world. I emphasize that their job is to heal, to get better, and leave the legal fight to us. But also, I try to reassure them that this too shall pass.”

In addition to advocating for her clients, Rosa applies her passion and talents to further important community causes as a Board Member of International Focus and the Diamante Arts and Cultural Center. She is also an active leader in the NC Association of Women Attorneys and North Carolina Advocates for Justice.